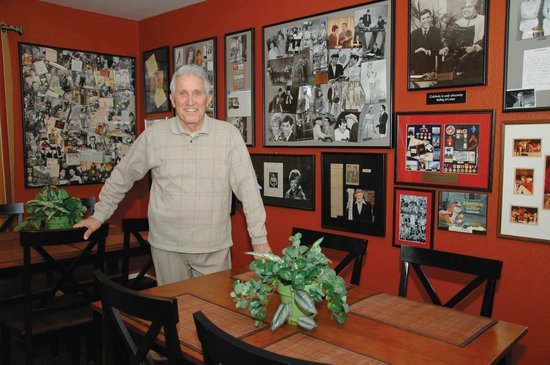 In memory of Mary Tyler Moore passing away January 25th, I had to post my great encounter with Dick Curtis last year. He is well-known for his appearance on The Dick Van Dyke show where Laura blurts out an embarrassing secret on a national television quiz show. Dick is the owner of one of my favorite places to stay in Sedona Arizona, the Baby Quail Inn.
Dick was gracious to let us video in his breakfast room and talk about his beginning in show business, and his running career. My wife filmed on her iphone and you will see signed photos of Mary Tyler Moore behind us on the wall, and the episode he was involved with.

This episode called “Coast to Coast Big Mouth” was one of the most popular episodes on the Dick Van Dyke show.

Doug Schrift is a Physical Therapist, Certified Geriatric Specialist, and senior fitness coach. Doug helps seniors become strong and stable even if they have never exercised before.